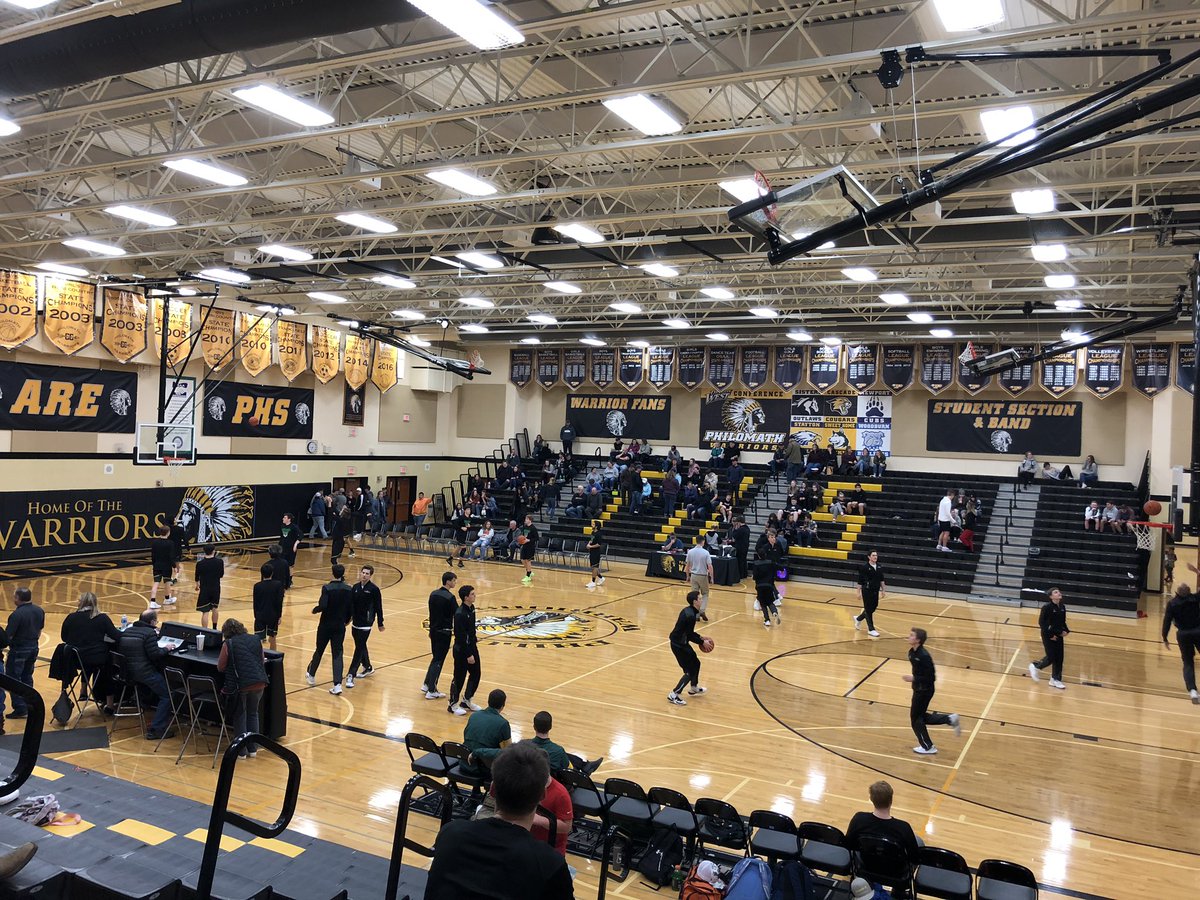 Determining who fits in where in the grand scope of things if difficult right now. Common opponents are all over the place, and we’ve seen every team in our top 10 in person, but putting them into a top 10 is difficult. Figuring out where they stand in their own respective leagues, however, is not. Let’s go league by league:

A proposal: Change the name of the Oregon West conference, to the Wild West Conference. This league is absolutely bonkers. 5 possible state tournament teams, 4 teams in our current top 10, and multiple premier matchups every single week.

Philomath is the front runner, and rightfully so. 13-2, wins over Junction City, Marshfield, 5A Crescent Valley, Hidden Valley, Stayton, Sweet Home, and Cascade will but them in the drivers seat to get the number one overall seed come playoff time, or atleast close to it. Blake Ecker is doing one of his best, if not the best, coaching job of his career this season. Expectations for Philomath weren’t at their normal ‘state championship or bust’ levels this year. Everyone knew there was a dip in talent from previous years, but Philomath, taking on the personality of their head coach, has pressed on and just flat doesn’t care what anyone else thinks. We have contacts on most teams in the state, and talk to players after games almost daily. We’re constantly amazed at how Philomath can beat teams on paper they should have no business competing with, sometimes running them out of the gym, and the players we talk to say nearly the same thing every time: “was just another game to us”. The state championship aspirations never left, because they never entered. Philomath embodies the “one game at a time” mentality most coaches aspire to.

We’ve never left a Philomath game without being impressed. The eye test suggests something completely different than what final scores show. Philomath looks like a team that should be scrapping for a .500 record, but because of high IQ players, relentless defensive effort, and exemplary patience on offense, the Warriors are overachieving at a rate that surprises even the most basketball savvy. Blake Ecker should be a front runner for coach of the year, and Philomath should be underestimated no more. They’re our pick to win the OWC.

Cascade is tough to project. A season opening win over Seaside remains their most marquee win. They’ve beaten all the teams, looking back, that they ‘should’ve beat’, and lost to the teams they ‘should’ve’ lost to. We will admit we placed too much value on their 8-0 start. Wins over 5A Dallas, 5A Central, Estacada, and McLoughlin haven’t turned into what we thought they might, and having them ‘solidly’ at #1 early in the season was a mistake. With that said, Cascade is clearly talented. They can go on runs quickly that could send any self respecting team and coach into a frenzy, testing mental fortitude. That alone will make them a threat to anyone they play going forward. Cascade with a favorable path could very realistically make the semi finals, it’s a very plausible pathway. Our main problem with Cascade is trust. Eye test they pass, but conversely with Philomath, we haven’t left a game saying “that’s a top 5 team in the state”, which is troubling. The basketball season is long, and teams evolve many times over throughout the year. If Cascade can peak at the right time, there’s no reason they can’t compete for a state championship. But presently, we can’t bet on it.

Stayton is a topic of contention amongst us at Oregon4aPredict. Some of us watch them play and see a version of Philomath. See the patience, the passing, the maturity they play with and see them as a top 7 team in the state. Adversely, some of us see the 0-5 record vs top 10 teams (our rankings) and ask what is missing. Both have merit, and both inevitably have to be married in order to have a fair projection. Since this is being written by an admitted Stayton apologist, perhaps this will sound sugarcoated.

Stayton does one thing better than anyone else in the state, with the possible exception of North Marion: Interior passing. It’s a lost art in most facets of basketball today. The ability for a post/forward to have his back to the basket/be in no mans land and whip a pass to a cutting guard, or to a curling forward off a backdoor slip, while simultaneously evaluating his own spot on the floor and the spacing his position dictates is something that is extinct at the highschool level. Stayton does this incredibly well. Watching Bryce Whieldon, Derek Berning and company pass the ball is one of the more enjoyable things we’ve seen so far this season, and it takes a real basketball nerd to enjoy how a team passes the ball. That is just passing, however. The Eagles defense can struggle with larger guards like the Woodburn’s Jeovanny Marroquin, and can struggle with a game that is constantly on the run. For these reasons, we’re projecting Stayton to be in a fight with Woodburn, and possibly Cascade, for an auto spot in the playoffs. Stayton should be in a good position to get a home game come playoff time.

Woodburn is a giant in waiting, but they’re good now. Jeovanny Marroquin, Tomas Veliz, Jose Lua…the Bulldogs are just getting started. For the purposes of this article though, let’s focus on this season. Woodburn is one of the more complex teams in the state. They’re experienced, having been in the state semifinals just last year, are senior heavy, having 7 seniors on the roster, but are also super raw and untamed. Coach Raul Veliz is in just his second year as Head Coach, after stints as an assistant at Woodburn, Kennedy (2A), and Blanchet (3A), but the Woodburn ‘future’ seems to be now, with the two juniors and one sophomore mentioned at the start of this. Watching Woodburn is like watching two different teams. One moment, they’re inexperienced, turning the ball over, not playing great defense, and not playing solid basketball. But in a split second they’ll turn a corner, and start playing like a senior heavy, experienced and tested team. Woodburn’s resume (though good) doesn’t really mean anything at this point, the only thing that matters is time and growth.

Sweet Home is playing with house money in one respect, but is playing with fire in another. Even if the Huskies go winless throughout the rest of the season, this will have been the winningest season the school has had since 2012-13. Assuming the Huskies can split their remaining games, coach Drew Emmert will have brought the Huskies from a door mat program to a league contender in five seasons, finishing at 13-10, probably in position for a 10-13 seed going into the playoffs (after play-in games). They’re playing with house money, because even if they lose out they can say they’ve made steady improvement the last five years, but they’re also playing with fire because unlike the last four years, there are expectations surrounding the Husky program now. Playoffs, not a play-in game appearance, are expected. Competing for a league title is expected. Being competitive against everyone they play, is expected. Sweet Home isn’t a doormat anymore, people expect them to play like a real team. Going 0-5 vs top 10 teams (our rankings) doesn’t inspire confidence at the surface, but knowing that 4 out of 5 of those games were on the road, and the Huskies only lost by an average point differential of -6.4 provides some context to what on the surface seems like a damning statistic. With that said, however, Sweet Home has to get over the hump eventually. It doesn’t happen overnight, but it has to happen eventually. A win over one of the top teams in the OWC is more than possible, and one should be expected if Swee Home is to ‘take the next step’. We project them at 5th out of the 5 quality teams in this league, but don’t construe that as an indictment of them being a below average squad. In most other leagues Sweet Home would be competing for a 2nd or 1st place spot.

Overall, give us 5 playoff teams out of this league, with three possibly getting home games. Stayton and Cascade