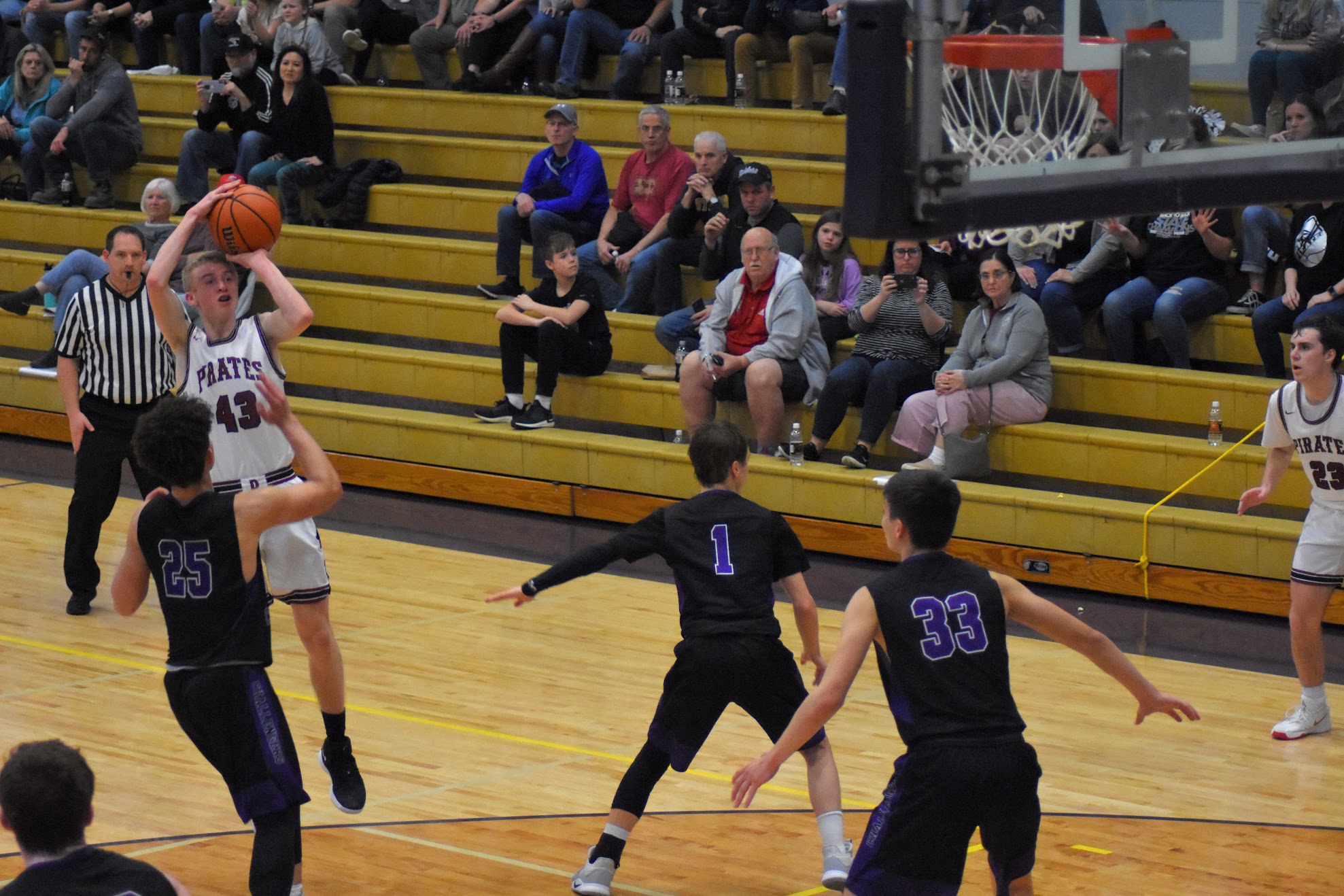 DLS lost to OES. Yes, you read that right.

The pressure didn’t bother OES at all. The Knights looked like a team that had never been in Coos Bay before, which was just flat weird.

George Sadi had what was, if not close to, his worst game in Coos Bay ever. 7 for 25 from the field, three turnovers, and a clunky, flowless performance. That is not George Sadi. Even into the 4th quarter we were saying to ourselves “DLS will come back and win. They have George Sadi”. What a weird way for the DLS run to end.

OES missed 9 consecutive free throws in crunch time, keeping the door open for DLS for a period of time.

OES plays at 6:30pm tomorrow at Marshfield against Creswell.

DLS plays at 9am at North Bend against Amity, a rematch of last year’s championship game.

There’s blowing someone’s doors off, and then there’s whatever Creswell just did to Amity. Absolute domination from start to finish.

Creswell sprinted out to a 18-10 lead after 1, but in the first two minutes of the 2nd quarter expanded their lead to 20.

Amity slowly chipped away, and only went into the half down 15, but were severely behind the 8 ball. By the end of the 3rd quarter it was over, Creswell was up 27, hitting every shot, and was already celebrating.

Amity never got in an offensive rhythm, as most of their shots in the first half were off breaking the Creswell press and getting quick shots. Creswell got into a rhythm and never showed signs of slowing down, as Amity’s defense was constantly a step behind on every Bulldog dribble drive.

Creswell is easy to cheer for. Blue collar town, haven’t been in Coos in a bit, senior heavy roster, have a serious ‘us against the world’ feel to them.

Creswell will play OES tomorrow at 6:30pm at Marshfield against OES

Amity will play DLS tomorrow at 9am at North Bend.

Tre Foster is a man. That’s all you need to know.

STM is the most fundamentally sound team in Coos Bay. Their execution of a high low against SA was textbook, and is an art that’s nearly non existent in modern basketball.

SA struggled early, but Luke Miller took it upon himself to play defense like a mad man, nearly forcing 5 second calls on 3 straight possessions. The pace was set by Miller and SA nearly overtook STM right then and there, but STM fought on.

SA went into halftime up 5, but an offensive explosion by STM in the 3rd put this one out of reach. At the end of the 3rd STM was up 13, but it felt like 30 because of the momentum they had captured.

STM held on in the 4th, and remains the hottest team in the state.

SA plays tomorrow at 10:45am at North Bend against Dayton

These two teams are really, really similar to one another. Championship winning head coaches, premium on defense and toughness, no real breakout star of the show night after night guy, and trendy picks coming into the tournament.

Problem is they met each other, so someone had to lose. They couldn’t both be trendy come Friday, one had to be dead in the water. Turns out, it’s Dayton.

Nyssa and Vale have a rivalry nicknamed the “black and blue bowl”. First  because of their school colors (go figure), but I also like to imagine another reason is those two schools regardless of sport always play physical and tough. Black and blue to me means you leave that game with a couple bruises, and you’re dang sore the next day.

Both Cascade Christian and Dayton will feel this one in the morning. CC will feel it in their legs from running for a full 32 minutes, their chests from diving on the floor regularly, and their minds from the pressure of the game. Dayton will feel all that too, plus the pain in their hearts of knowing they had a golden opportunity to grab another state championship after all the other top 4 seeds lost, but couldn’t make it out of the first round themselves.

It was going to be a heartbreaker for someone. That’s the nature of state tournaments.

Dayton plays tomorrow at 10:45am at North Bend against

SA CC plays at 8:15pm against rival STM at Marshfield