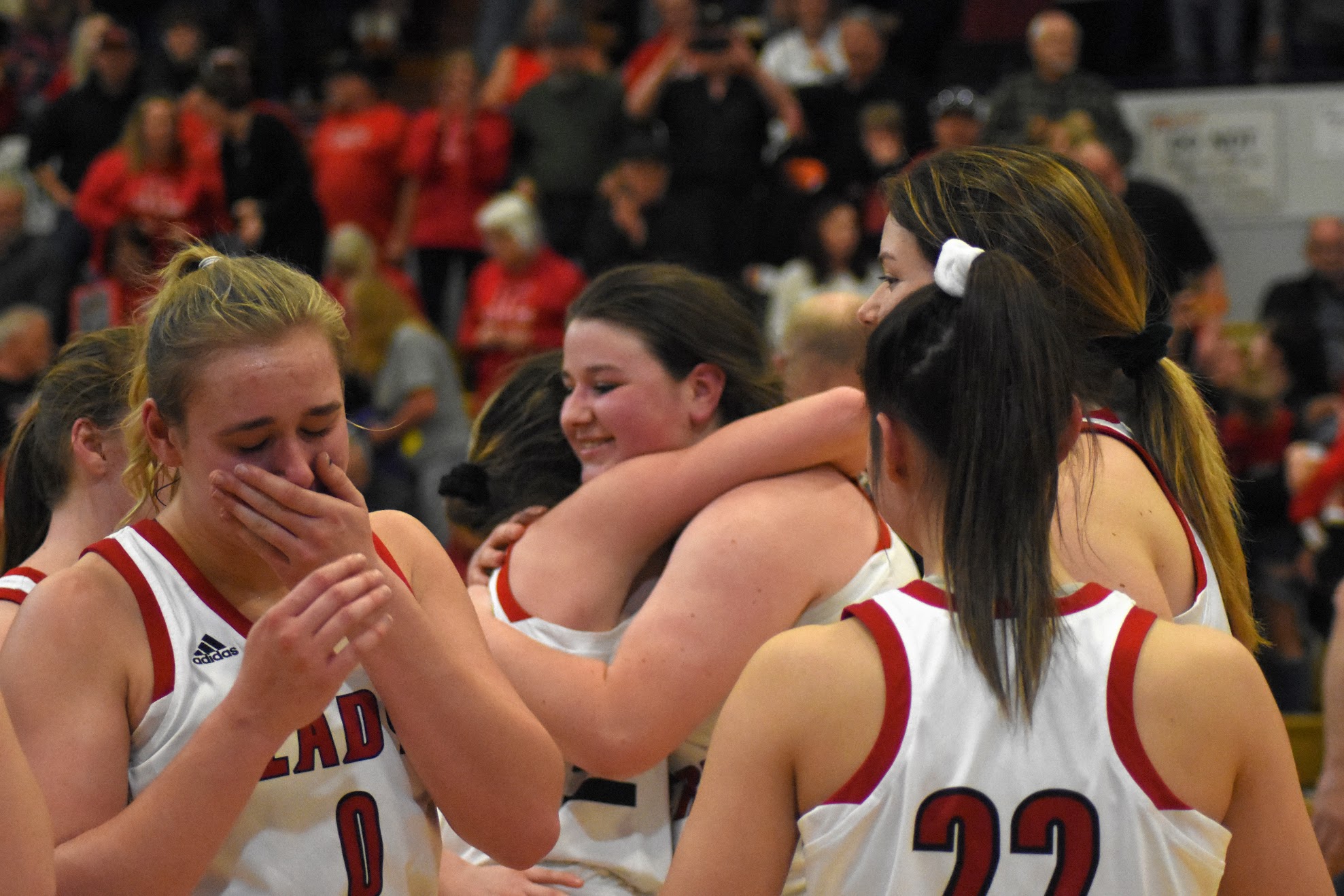 Well, here we are again. Clatskanie repeats, becoming the first team since Dayton to do so.

It didn’t come easy, but was never really in question. From the tip Sutherlin was behind the 8 ball, as Clatskanie scored immediately on their usual tip play, making it 2-0 Tigers before the Bulldogs could even move.

But the real hero, the MVP of the game in our eyes, was Kaity Sizemore. She made arguably the biggest impact of anyone on the floor, though most of it didn’t show up in the stat book.

The 12 points are nice, but the 10 rebounds were of much greater importance. The presence she emanated in the paint, discouraging any Bulldog drive to the paint, as well as grabbing or at least tipping every single rebound that came her way was the real game changer. Sizemore had a much bigger psychological impact than anyone else on the floor, and she had a much bigger impact on the flow of the game than anyone else in the gym, arguably including coaches.

Having Sizemore in the middle of the 2-3, allowing Sprague and company to play the perimeter more aggressively is the key to Clatskanie’s whole defense. That strategy hinges on Sizemore being able to cover a lot of ground and play pretty much the whole key on her own. This weekend, but tonight especially, she did that tremendously.

Sutherlin could never develop a rhythm on offense that would persist beyond 2 possessions. On multiple occasions, they’d hit a shot and get a stop on the other end, but then would either miss the following shot or turn it over, which Clatskanie would then turn into 2 points.

Sutherlin could 1 through 8 be better than Clatskanie, but 1 through 5 they are not. Having depth means a lot more in boys basketball than it does in girls. Hence, Clatskanie just went 2-0 against Sutherlin this year, and are back-to-back state champs.

John and Shelby Blodgett, Olivia Sprague, and Kaity Sizemore will all return next year, and Clatskanie will all but certainly be the favorite to win it all in 2021.