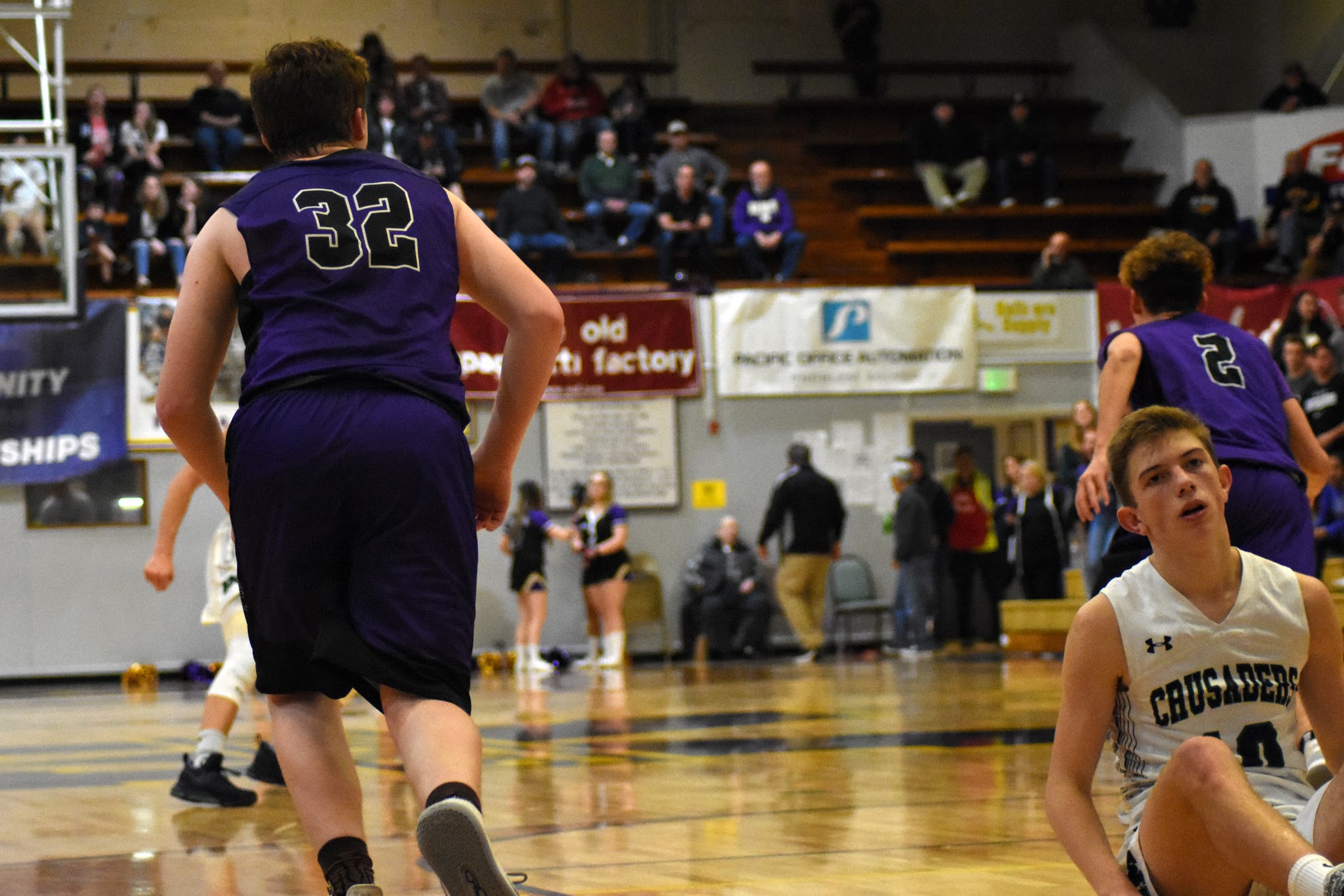 The Coos Bay curse is back apparently.

One week after Amity looked like possibly the best team in the state against Nyssa in the round of 16, the Warriors have gone two and out in the state tournament. Similar things have happened to Amity for roughly the last decade, with the only exception being last year.

DLS just dominated the game from start to finish, George Sadi played like a reigning player of the year should, and the Knight’s looked like the team we all thought they’d be coming into the tournament. If only this performance had happened Thursday, what could’ve been.

Amity will go into next season a favorite to win it all, but will have to develop their ball handling and ability to pass under pressure if they’re to make a run at their first title in 90+ years.

DLS plays SA in the 4th place game tomorrow at 10:45am

Another example of what could’ve been.

IF SA played that kind of defense, IF SA shot the ball that well, IF SA had been able to keep their composure like they did today against Dayton…who knows what the result of that STM game yesterday would’ve been.

SA dominated this. Dayton was never able to settle in defensively and play their style of basketball, and the offense wasn’t hitting at high enough a rate to compensate.

Salem Academy got buckets from pretty much everyone, as they outscored Dayton in bench production 17-7.

Salem Academy will play DLS in the 4th place game tomorrow at 10:45am

Not out gunned, not out matched, not out coached, outfoxed, or out hustled. They simply did not have the size to deal with Clatskanie.

The Tigers out rebounded the Bruins 40-26, including 24 offensive boards.

Kaity Sizemore and Shelby Blodgett couldn’t be stopped going after the ball, as they combined for 19 of Clatskanie’s 40 total rebounds.

Brookings lived and died with the 3 ball, simply because it’s all they could hope to do.

Clatskanie will play in their 2nd straight championship game tomorrow against Sutherlin at 5:45

Brookings-Harbor will play in the 3rd place game against Burns tomorrow at 12:30

It almost felt like Sutherlin was toying with Burns. It was always close on the scoreboard, but never felt close to us.

Sutherlin was bigger, faster, stronger, had more overall talent, and was just an overall better team.

Burns’ Allie Hueckman had 20 points, and was the bright spot of the Hilander’s day.

Sutherling plays in the championship against Clatskanie at 5:45

Burns plays in the 3rd place game against Brookings-Harbor at 12:30

If the game is high paced, usually your highest scoring player is a guard. The slower the pace gets, the more and more likely it is that your leading scorer, or atleast the player making the most impact, is in the front court near the rim.

This was Creswell’s dilema, and why their willingness to play OES’s preferred pace perplexes us.

Creswell makes its money off tempo, running, 3’s, and steals. A halfcourt game dominated by 30 second plus possessions isn’t what Creswell is built for. Austin Gabriel is a nice player, but by no means should be the focal point of all Creswell’s hopes and dreams. The game developed to a point where he was the point of emphasis on every possession, designed or not, on offense and defense. That’s where Creswell started to take a turn for the worst.

OES slowly pulled away from Creswell, as the Bulldogs by the end of things couldn’t string together two coherent possessions in a row, a common trait among Coos Bay inexperienced teams.

Creswell will play tomorrow in the 3rd place game against St Mary’s at 2:15pm

OES will play tomorrow in the championship game against Cascade Christian at 8:15pm, the last game of the year.

To be frank, Tre Foster was a non factor in the first half. Not because he was playing bad, but every time CC put up a shot, he was either off ball or had just been maneuvered away from a position where he could challenge the shot.

CC was at maximum efficiency in this game. Next to no turnovers, maximizing on all STM’s turnovers, running in transition fluidly…it was fun to watch.

Tre Foster and the Crusaders picked it up in the second half, but CC flex cut their way around STM too many times for any serious comeback to take place late.

Cascade Christian will play tomorrow in the championship game against OES at 8:15pm

St Mary’s will play in the third place game tomorrow at 2:15 against Creswell