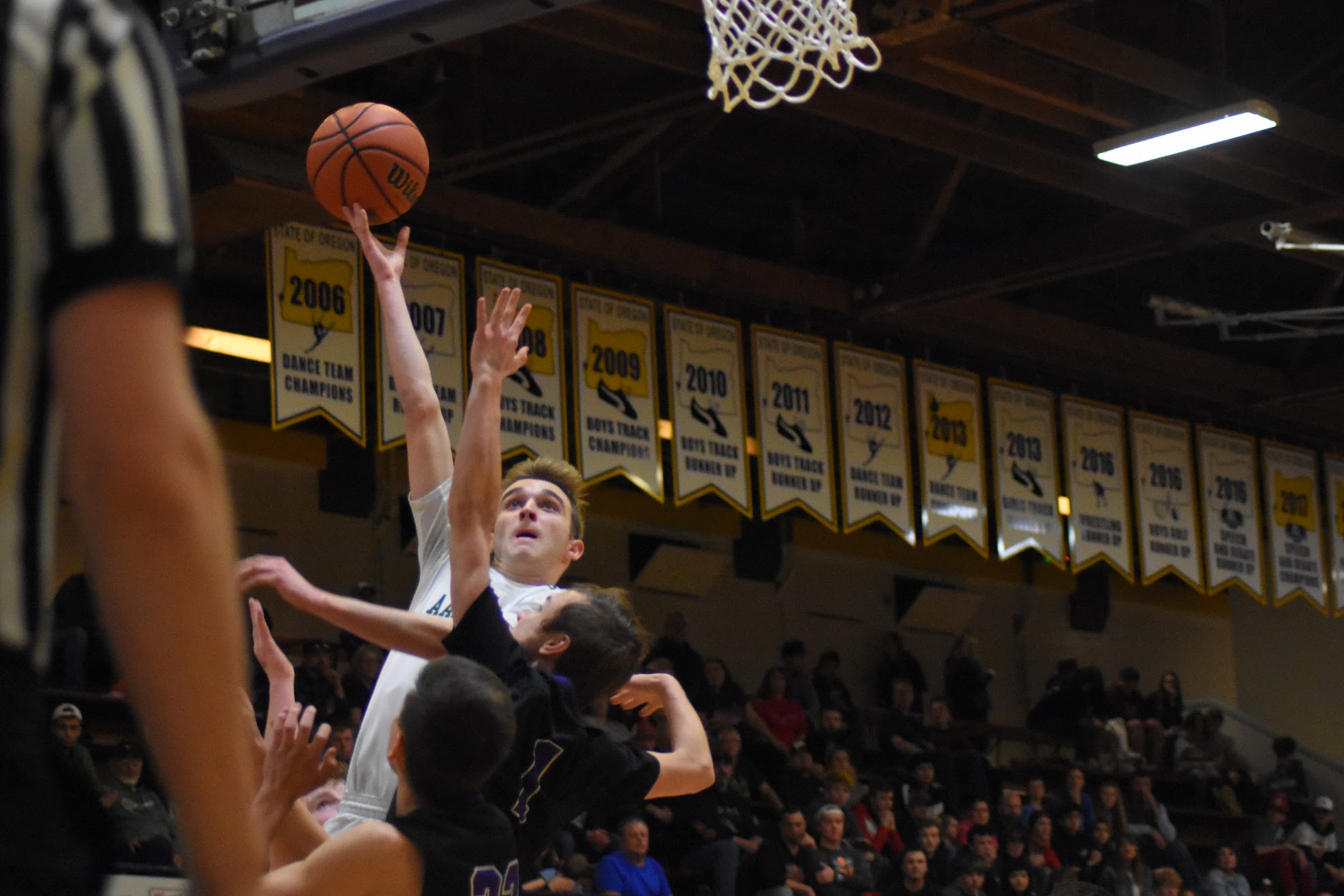 The most interesting sight of the night was how quickly the gym emptied after the game. The Pirate Palace was no more than 30% full during the trophy presentation.

The game itself went as expected. Hard Nosed, tough, low scoring. None of those are descriptions usually associated with private schools, but these two are unique, in that it’s the only way they could win games this year.

Cascade Christian did virtually everything right. They didn’t turn the ball over a lot, they lost the rebound battle but didn’t get killed, they shot nearly perfect from the line, and played fantastic defense.

Cascade Christian didn’t have any player take more than 10 of their 39 total shots, while OES’s Charles Willmott took 19 of the Aardvarks 41 shots.

A clash of styles that we thought would end up favoring the Challengers. Like the other 3 times we picked OES playoff games this year though, we were wrong.

Brian Morse is no longer perfect in championship games, and is now 2-1. However, Coach Morse will end up the 9th winningest coach of all time when it’s all said and done this season.

Charles Willmott ended up with 19 points on 31% shooting, Matt Mcpheters lead the Challengers with 10 points, mostly on free throws.

The crown of 3A basketball remains in the Lewis and Clark league for another year.

Here’s to Baseball, Softball, Track, and all the other spring sports starting in a few