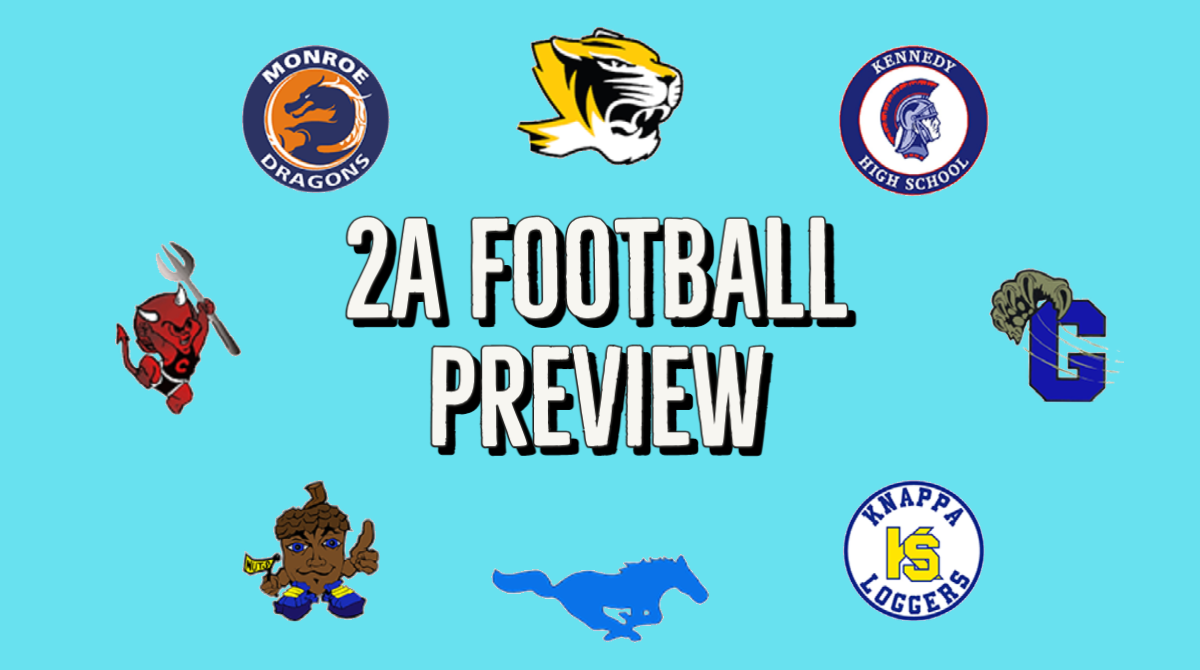 This preview is going to be different than the others for one simple reason: 2A football is an abject mess. The predictability of 2A is nearly zero outside a handful of teams. We’re going to talk about our top-ten exclusively simply because they’re the brightest stars in a sky of confusion and uncertainty.

Knappa gets the nod based on historical standing here. Replacing the entirety of their offensive line right now is not exactly the best problem to be dealing with in a season where physicality will dictate most, if not all, outcomes. But, with good coaching and an established culture, as we’ve said time and time again, comes credibility and stability in times of hardship. The Loggers get the earliest start of all playing this Thursday against Yamhill-Carlton at home, so we should know fairly quickly just where they stack up. There’s no reason to think Knappa won’t be back in the state picture long term, but at this time it doesn’t seem super likely their name will be thrown around a bunch in “who’s the state champion” debates at the end of the month.

This is a rule-of-congruence decision. Last season, as Heppner marched on to a state title, the Prospectors gave the Mustangs one of their stiffest challenges all season, even if the final margin was Mustangs by twenty-three. Add that to a list of good losses (which do exist) including ten points to Knappa, thirteen to Monroe, and one to Lost River, and there’s a resume off of which to build here. With a roster not too ravaged by graduation and an established program under coach Jason Miller, there’s enough here to put Grant Union in the top-ten with confidence.

This is a projection pick. No, Colton didn’t have any signature wins in 2019. But, Colton also had no bad losses either. The Vikings were the perfect example of a middle-of-the-road, super-predictable team last season. They beat the teams you should beat and lost to the ones you should lose to. That isn’t an attack on Colton: there are dozens of programs in the state that would love to be in position to go .500 for a whole season. In this 2021 spring season, though, we see a real opportunity for the Vikings to go undefeated. This is not just because the schedule isn’t jam-packed with playoff teams like their 2019 schedule which boasted teams like Sheridan, Kennedy, and eventually Monroe, but because there’s real potential on this roster. This team wasn’t torn apart by graduation at all, and the new upperclassmen group is gigantic. Colton could end up in the top-five by season’s end if things break right.

This is a legacy pick. Similar to Knappa, we aren’t quite sure there are the returning components here to compete at the level of years past, but there should be enough to comb through an uncertain landscape and show off a bit. Games against Coquille and Bandon are going to be the biggest tests this season, so a win over either could be a real springboard for this team going into the fall. If the gears line up in the right way, Glide won’t fall too far from grace compared to their 2019 campaign that resulted in a home playoff game and league title.

The team that knocked off Glide in that home playoff game last season is up next. Oakland isn’t the most physically-imposing team in the world and pretty much never have been, but they always get the job done when it matters. This isn’t a legacy pick like Knappa or Glide. The Oakers are at #6 because there’s genuine chatter here about a potential state champion candidate when all is said and done. There are too many people in and around this league talking about Oakland running the table, possibly in dominant fashion, for us to ignore it. Yes, Monroe is their biggest hurdle, but if the hype is backed up by substance, why couldn’t the Oakers take back the league crown and end up in the faux championship conversation?

Quick trivia question: When was the last time Coquille had a losing season? Answer: 2013. Here’s another one: Since 2014, how many regular season home games have the Red Devils lost? Answer: two (Amity 2018 0-48, Illinois Valley 2014 42-50). What’s the point of those two questions? Answer: Coquille doesn’t lose at home, almost ever. Of all the home field advantages 2A-4A, only one compares to the one Coquille boasts; Banks. There’s no reason to think this would change any time soon considering the factory-like production of talent coming out of Coquille this decade that hasn’t slowed down a whole lot, and this COVID-19 restricted preparation period favors programs with solidified staffs and support systems like that of Coquille. We’ll take Coquille to win most of, if not all, their games this spring, and go into the fall a trendy pick for the championship hunt.

The reason we don’t just unequivocally say “win all their games” with Coquille is because of Bandon. The Tigers peaked at the right time last season, no doubt, running off four straight wins going into the playoffs that included a 20-17 win over Toledo on the road week seven that was one of the biggest headlines of the season. This should surprise nobody. With time, whether in the time scale of years or weeks, comes maturity. With a varsity roster possessing just three seniors and relying on a flurry of sophomores and juniors to produce against some of the best competition in the state, the Tigers came into their own by trial of fire. Now, those sophomores and juniors are a year older, and with the COVID-19 situation for the last year teaching us all a thing or two about ourselves, there is a heightened level of physical and mental maturity. Bandon’s stock is rising, and we’re buying it in bulk here before it skyrockets.

We hear the choir soon to sing  “but Zach Young graduated” already doing vocal warmups, but we don’t care. Yes, Zach Young was a once-in-a-generation player for a 2A-sized school. Yes, his departure will for sure have an impact on the Dragon program. Yes, we are aware of this. But, as in any team sport, one individual, no matter how talented, doesn’t make up the whole. Monroe, outside Zach Young and three other seniors, was an incredibly, incredibly young squad in 2019. Monroe beat the brakes off some very high quality teams in 2019 despite their general youth, and that could pay off in a big way this spring and next fall. The difference between Monroe and Bandon, simply, is we’ve seen Monroe do it before. It’s been a long time since Bandon was in the spotlight.

We could start and stop with one name: Jaxon Rozewski. The Western Oregon commit is one of the best quarterbacks in Oregon, regardless of classification. Last season we thought Toledo was finally going to (prepare for terrible pun) ‘boom’. Though wins over Knappa and Monroe gave us what we thought was the uncontested #1 team in the state and odds-on favorite to win the title, late-season struggles, including losses to Bandon and Coquille, took the wind out of that boat’s sails. This season, with a week five date set up with Heppner at home, will be where we find out exactly what Toledo is made of. Are they the team we all thought we were getting last year, one with a real shot to win something equivalent to a state title? Or are we going to get the same Toledo team that ended the season 2-3 down the stretch, exiting the playoffs in the quarters? The next step is there to be taken, and we’re betting Toledo takes advantage of it by putting them at #3.

Honestly, you could toss and turn about having Kennedy at #1 instead of Heppner and have good reason for it; we certainly thought about it. Like Monroe and Bandon, Kennedy was considerably younger than one would think in 2019. Only graduating four seniors, Kennedy retains a huge chunk of a roster that nearly yielded back-to-back state championships. This alone should be sufficient evidence for the Trojans to be in the top-two, but coupled with tremendous coaching and the culture of Kennedy athletics as a whole, there’s no reason to see a fall from grace in the near future. It really is that ridiculously simple.

There are two reasons Heppner is ahead of Kennedy, and just two. First, Jayden Wilson. The kid can flat out spin it. Out of 2A quarterbacks, it’s him, Jaxon Rozewski of Toledo, and then everyone else. Rarely at this level does a QB have so much impact on the outcome of a game, but Wilson does. There really aren’t a whole lot of players at the 2A level that can match his value to the Mustangs. Second, Greg Grant. Does this really need to be explained? He has the second-most wins of active coaches (only behind Ken Potter of Jesuit), fifth-most wins of all time, three state titles, and a town whose name is synonymous with his own. What else really needs said? There’s talent, and there’s A+ coaching. Game over.