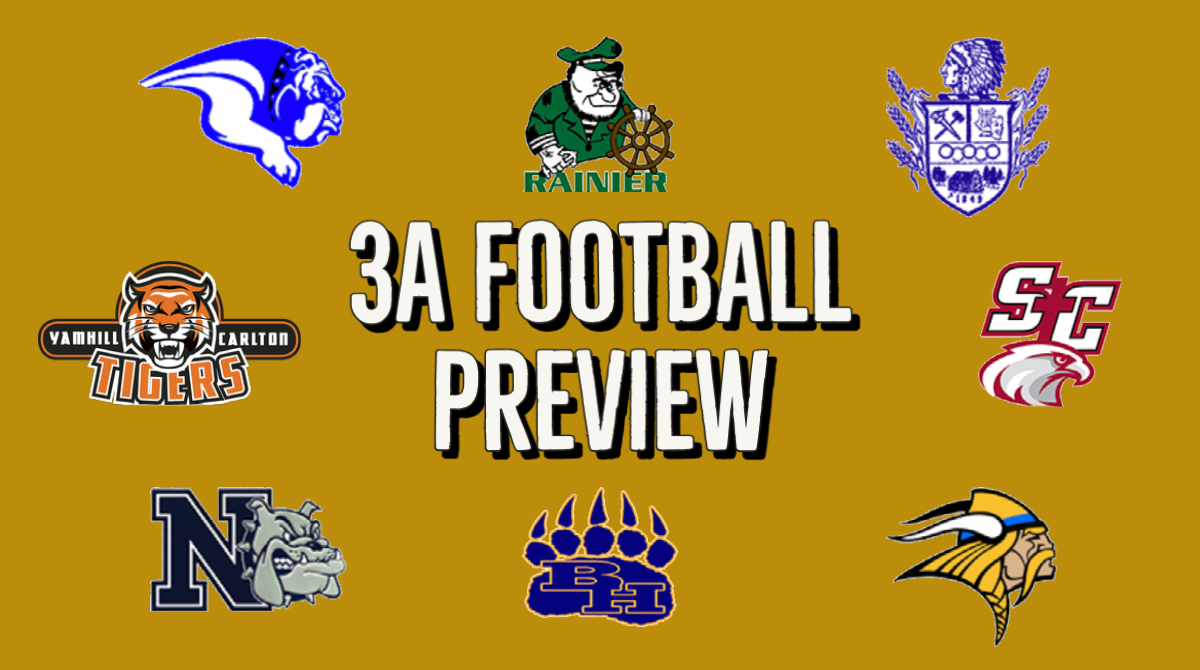 A returning king, a rising prince, and a couple redemption stories: 3A has all the antagonists, conflicts, and storylines to fill a best-selling novel, but in just one month we’ll have to settle for a short story. Here’s what we see:

There are two questions in this league: What does Rainier look like physically, and what does YC look like after graduation. After a year of COVID-19 restrictions limiting how much work could be put in leading up to the season, there’s a very real question of just how much the physicality of Rainier can be brought to fruition in such short order. Defensive lines across the state are, as a general rule, likely going to be much less physically prepared than in years past, making the diesel offense all-the-more deadly if the O-line of Rainier can play to its normal capacity. But if it can’t, what does Rainier look like? The 5-wide set Rainier leans on as their only source of a pass game is the easy way out, but that forgoes Rainier’s historical advantage: the trenches. Rainier either being reduced to a 5-wide exclusive team, or being at full capacity running the Diesel, Double Wing, and 5-wide in conjunction is one of the bigger questions to be answered.

YC’s rebuild enters a new stage: establishing sustainability. No more clawing to win games; no more scrapping to put together .500 records; no more depending on the mathematical reliability of OSAA ranking systems to make the playoffs or not. This is a program that has grown out of the shadows and is ready to bask in the spotlight for a while, but the next two seasons are the critical juncture. The tipping point between falling back down the hill or establishing themselves on a new plateau of contention will take shape between now and December. The question for this specific moment is how sharp are the Tigers after an offseason ravaged by outside events. If Brennan Mossholder, a rising star in the coaching ranks by all accounts, and the Tigers come out firing early, we might have a new perennial power to deal with.

Clatskanie is playing an 8-man schedule.

Almost all leagues, regardless of classification or region, have their most intriguing storylines concentrated at the top of the heap. The teams most in contention and winning the most games are the ones most talked about and most closely watched. That’s not how SD1S is at all.

What does Dayton look like under Jacob Peterson? Rarely does a coaching hire make as many waves as when Dayton announced the hiring of the one-time Sheridan HC and rightfully so for reasons we’ve gone into before (see our piece titled: “Peterson to Dayton is Huge, Here’s Why”). What is the status of Dayton football now, what’s their trajectory in the short term, and who separates themselves from the pack as players to watch develop as this historic program rebuilds?

What does Willamina look like in year two with Shane Hedrick? Last year’s Bulldog team was ravaged by graduation, and it showed, but now that bricks have been laid and foundations established, how much improved is Willamina? Is the Willamina of 2017/18 coming back in the near future? Are glimpses, glimmers, flashes of something bigger going to show on the field? Signs of improvement out of Willamina is one of the bigger stories outside the championship chase. The fact Shane Hedrick and Jacob Peterson aren’t coaching teams favored to win their own league is testament to just how deep the level of coaching is in 3A. What is Willamina’s trajectory, and what can be taken into the fall? Dayton and Willamina are very similar in this regard.

Amity is Amity, and Scio is Scio. Though the Warriors are far from senior-heavy, there is enough returning experience here to confidently put them as the odds-on favorite to win this league. Out of all the teams in SD1S, Amity and Scio are the only ‘established’ programs. Stability in coaching, stability in support systems, stability in success, and stability in contention. Though Dayton and Willamina make for fascinating stories, they’re far from the stability of Amity and Scio. For both the Warriors and the Loggers, there is a similar problem to that of Rainier: how quickly can physicality be established, and how does that affect the in-game give-and-take.

SC is loaded. Make no mistake: the Eagles would’ve been favorites had there been a season this fall, and they’re the odds-on favorite still. There won’t be an official crowning of a champion, but if SC is as dominant as most think they could be, there won’t be much question about who is the best team in the state. Joe MaQatish, Marcus Fullbright, Heston Bain … it’s a who’s who of 3A superstars.

Of the teams on SC’s schedule, Siuslaw is potentially the biggest hurdle. The Vikings have been a trendy pick for the last year as a team that could pop. With an upperclassmen-heavy roster featuring Elijah Blankenship at the helm, and apparent rising star coach Sam Johnson, it’s easy to see why the hype is there. If all the gears line up, and if their potential is reached, there’s no reason to think Siuslaw can’t be in the mix as a top-five team this year, but the proof of the pudding is in the eating.

La Pine is a team to watch. The last month has brought much more chatter about the Hawks than usual. Sisters and Junction City will be long-term rebuilds to keep an eye on, especially considering Sisters’ re-hire of Gary Thorson.

Some leagues vary drastically from one sport to another in terms of power structure. In basketball, one team is the preeminent power, and football has a different perennial top dog. A different set of rebuilding programs, and a different set of playoff contenders usually rotates sport to sport within a league. SD2S, or essentially the Far-West League, has the exact same power structure from fall to winter: Cascade Christian runs the show, St. Mary’s and Sutherlin fight for second, and Brookings is an interesting flux team.

Starting with CC, the spotlight is on the first non-Schaan Quarterback the Challengers have fielded since 2014: Sam Martin. This will be a different Challenger team, no doubt. Long gone are any players who touched the field in the 2017 state title game, and those that played in the 2018 final are a soon to be an extinct species. The experience factor is going to play a role in just how much of a grip CC still has on the league, as Sutherlin continues to build and eventually contend for a league crown. The question in this league not whether the teams below CC can contend for the league crown but whether the Challengers are in a position to seriously have to fight for it yet. Brookings, Sutherlin, and potentially even a graduation-ravaged St. Mary’s are sharks in the water waiting for the scent of CC’s blood. But after all, where there’s a Fralich (in this case Senior Kristian Fralich), there’s a way.

Sutherlin eventually will have its moment in the spotlight, as will Brookings. Is the moment now? Maybe not, but the competition level in this league promises to be deeper compared to years past.

Baker is probably the flagship program here at this time, and will probably be the measuring stick for the league as a whole this year and moving forward. La Grande, despite being reigning 4A champs, was hit with a baseball bat to the knee by graduation: twenty-two seniors departed, an unthinkable amount for most schools, regardless of classification. The equation for Baker being the favorite to win this league/super-conference is simple: they have the most players coming back and an established program. It’s really that simple.

Beyond that is where it gets messy. Of the 3A teams, Nyssa has the most coming back, but 2019 is about as ‘down’ as a down year gets for Vale. It’s really easy to see Nyssa and Vale continuing their tradition of deciding the leagues fate based on their one end-of-year meeting. That Burns is gone and out of the equation makes this literal and not figurative, since Burns being a JV-only team this spring brings the amount of 3A teams in the east down to two.

Neither Nyssa nor Vale are considered to be title contenders (used loosely, considering there is no title to be won) at this moment, but both have the resources to be in the conversation by the end of March if they go undefeated or thereabouts.

Burns is playing a JV-only schedule.