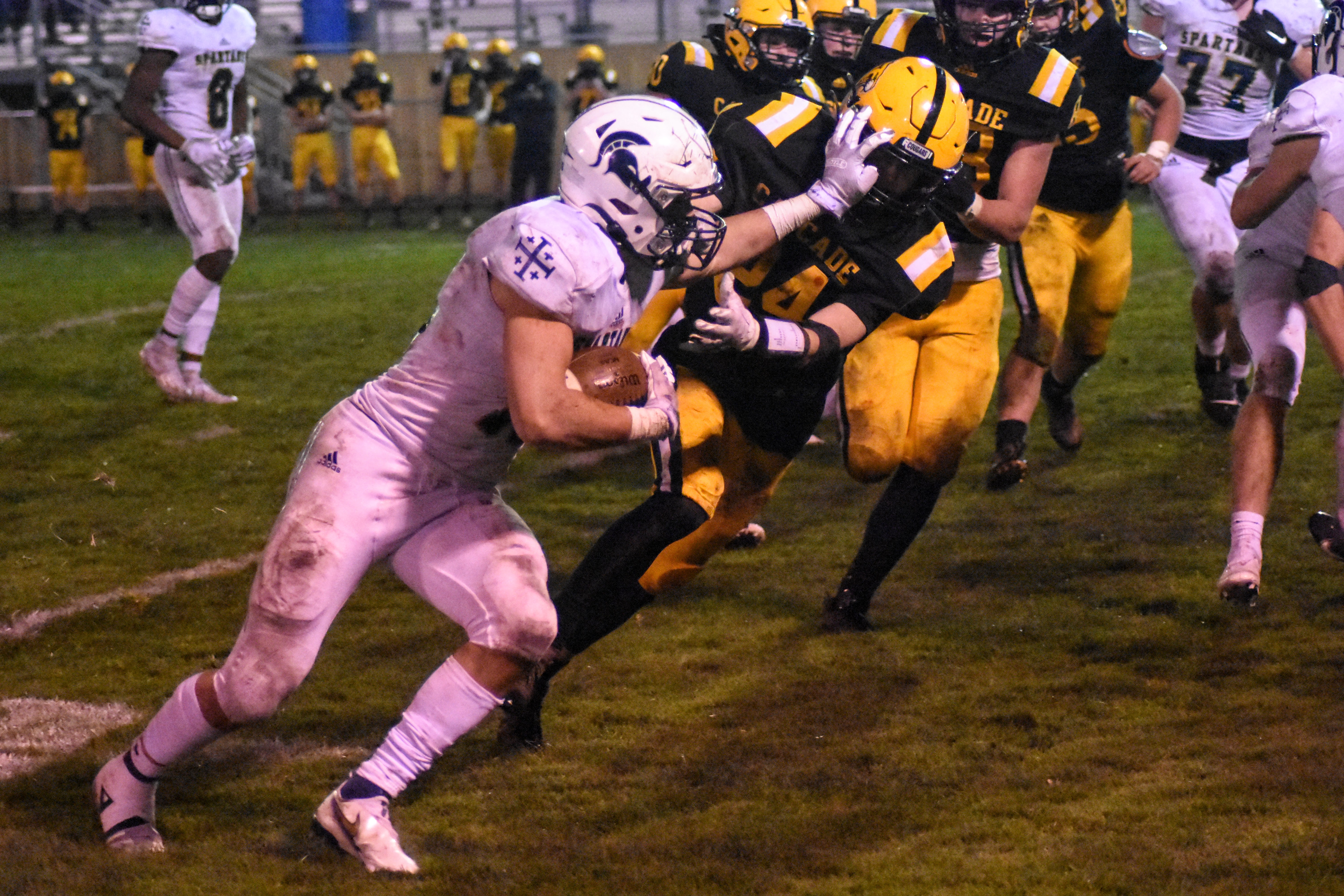 First, we need to revise our final score tweet. Marist, or at least this version of Marist, did not look the part. Coming into the year, we said if Marist ran the table they would stand alone as the default champion of 4A football. However, this Marist team isn’t what we expected. The Marist we saw tonight, and we mean specifically tonight, did not look the part.

Here’s what we saw:

The best way to sum up the evening: if not for the early hole Cascade dug themselves, they probably win. If Marist had played a whole game with the fire of the first quarter, it would’ve been a bloodbath. Cascade is a very good team and will win their league. Marist is a potential championship candidate and in coming weeks hopefully will show it. The story tonight is more about what both teams didn’t do rather than what either team did: neither played to their potential.

The good news is this: the ceilings for both squads are above, possibly way above what was shown tonight. That’s reason for hope, and incentive for work to be done in the coming days, on both sides.