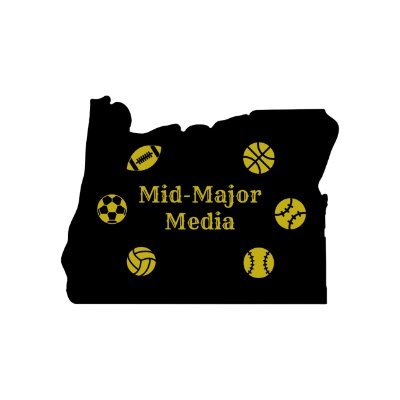 A Thursday piece on OSAA Today from Jerry Ulmer detailed an effort at the 4A level to have something close to a “championship” game during culmination week for football. Essentially, the plan took elements from the college football playoff system, the old BCS system, and media polls, rolled them into one, and settled on how a “champion” is to be crowned in this COVID-19-impacted season.

The system, though admirable in its aim, is bound for controversy. Placing athletic directors, though barred from voting for teams in their own league, at the center of the ranking process invites perceived malpractice, half-informed judgments, and questions of legitimacy. In a showcase of just how unstable this setup is, controversy arose instantly after the piece was posted on OSAA Today:

Where was Hidden Valley?

Not a soul would seriously put the Mustangs, reigning 3A runners-up and one of the leading favorites to capture the 4A title coming into 2020, outside the top-10 completely, so what gives? The answer comes in predictably stupid fashion: a technicality.

When given the green light to start football practices in anticipation of games this February, Illinois Valley had a participation problem. How bad a participation problem? Ten kids, not even enough for a starting unit, were signed up to play. Faced with having to cancel their program, they looked for co-op opportunities, and the easiest most available option was Illinois Valley’s nearest neighbor, the Mustangs of Hidden Valley.

For Head Coach James Powers, there was a moral obligation to provide an opportunity for Illinois Valley to sponsor football, so a co-op was established. We talked to him in an interview over the weekend, trying to get a better grasp on the situation:

Of the ten players originally signed up at Illinois Valley, six ended up deciding to don the orange and blue, and complete the eighty-minute-total trek to and from practice in Murphy daily. Assurances were given that this would not affect Hidden Valley’s status as a 4A football team, despite the combined numbers of the two schools.

“The Skyline conference voted 6-0 to allow Illinois Valley to join us and not have it affect our status. We wanted to make sure we did it the right way,” Powers said. “The intentions were pure”

Despite this, Hidden Valley found themselves allotted in the 5A section of OSAA football come week one. Why? An OSAA error on their website? Wouldn’t be the first time. A miscommunication among ADs about what would be the status of the Mustangs in March? It’s possible but unlikely given the circumstances. In all likelihood, the answer is simply administrative error. Someone probably mistakenly put the Mustangs in 5A on the OSAA website, unknowingly setting off a chain of events leading to a fire storm this past weekend. This mistake, we have been assured, will be rectified this week, though at this time the Mustangs remain labeled as 5A Independent for football rather than a member of 4A Special District 5 (the Skyline Conference).

“There’s pros and cons to this set up. In such a short period of time it’s harder to make that judgment because we’re limited to one game a week. How often does the team seeded number 1 finish number 1? So, the idea of coaches or ADs ranking teams: I understand it, but it has some flaws.” Powers continued, “Not super excited we’d get excluded from this because our guys we have on our team would compete at the highest level. The exclusion of us is hurtful, but at the same time it’s going to drive us forward and put fuel on the fire. This is one of the best teams Hidden Valley’s ever had; being excluded hurts.”

The answer to why Hidden Valley was excluded is, simply put, an error classifying them as 5A which could’ve and should’ve been avoided. Being punished for helping out a neighbor in their time of need isn’t reason enough for exclusion from what amounts to an end-all-be-all rankings decision that could give the Mustangs a spot in just their third “title” game ever.

The rankings will eventually include Hidden Valley, but it shouldn’t have taken this long.