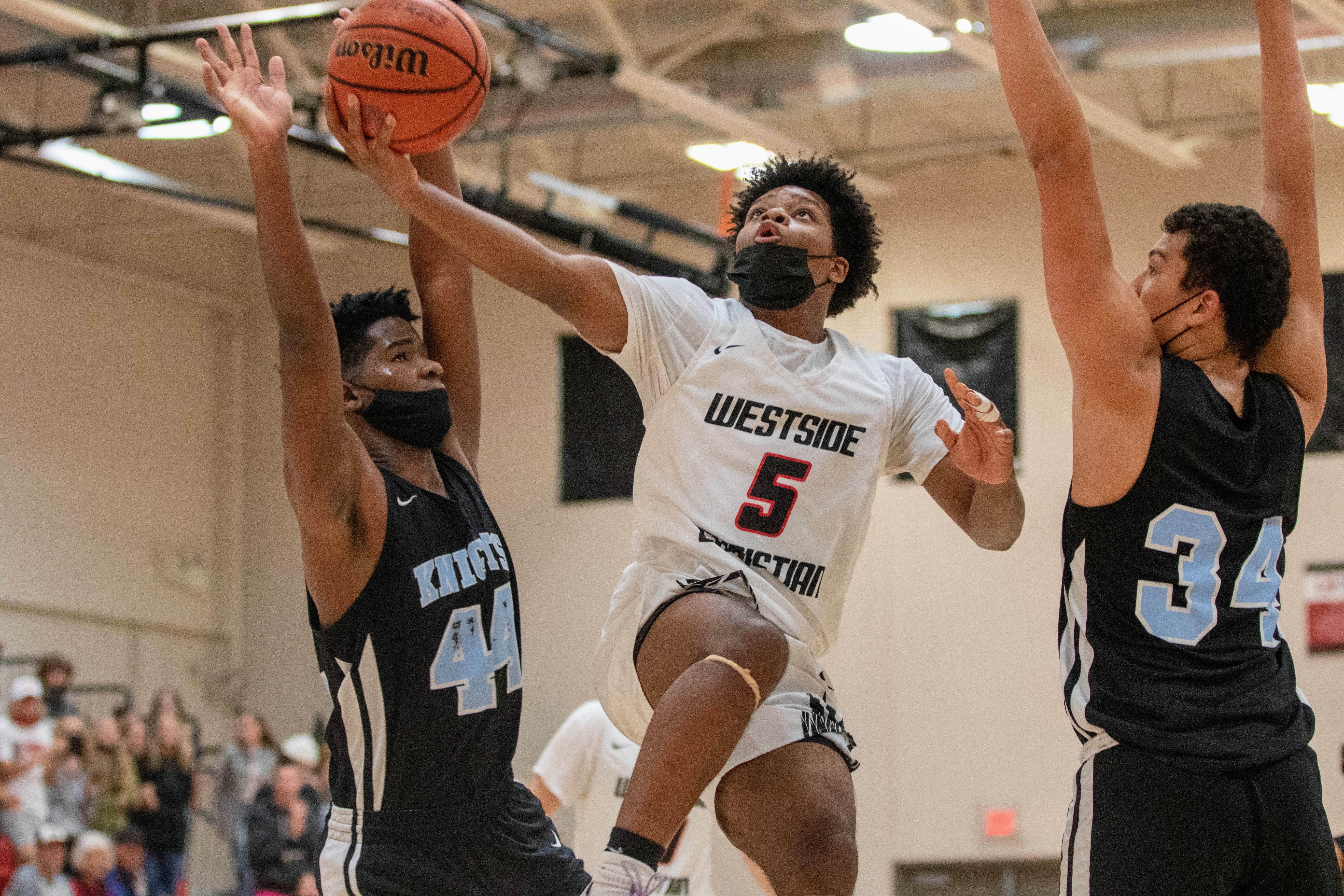 Let the drama begin. In the 3A ranks, there was one nightmare scenario that could lead to controversy: ambiguity in the Lewis and Clark League. The elite-8 format was always going to leave somebody on the short end of the stick, but with Westside’s win today, that team might be a little higher up the pecking order than previously thought.

First some takeaways, then the statewide implications.

There is a lot more to say about De La Salle:

Here are the fun, or aggravating, depending on your perspective, consequences of today’s result.

Seven teams have wrapped up elite-8 spots: Cascade Christian and Santiam Christian are league auto-bid locks at this point, Willamina and Vale are virtually guaranteed to get their league’s bid (the math doesn’t change if they don’t), the PacWest #1 and #2 are in, whoever they may be, and the Lewis and Clark League #1, presumably now Westside, is in.

That leaves one spot for two teams: The Lewis and Clark #2, and the PacWest #3. To put a face to it: De La Salle and either Amity, Dayton, or Yamhill-Carlton. In the eyes of the 4A classification, De La Salle should get the nod no matter what because they’re a league #2, but 3A justifiably went in another direction with their selection process specifically because of the PacWest’s depth. Sutherlin AD Josh Grotting said as much in a piece on OSAAToday earlier this week:

The last at-large spot fight between De La Salle and the PacWest is all that matters for 3A boys this week. Seeding projections can change, rankings can fluctuate, but only one thing is still to be determined in these last five days: who gets that last spot? With a Westside loss today, that conversation essentially would be finished; now, it’s less of a certainty, and where there’s a lack of certainty, there’s bound to be controversy.