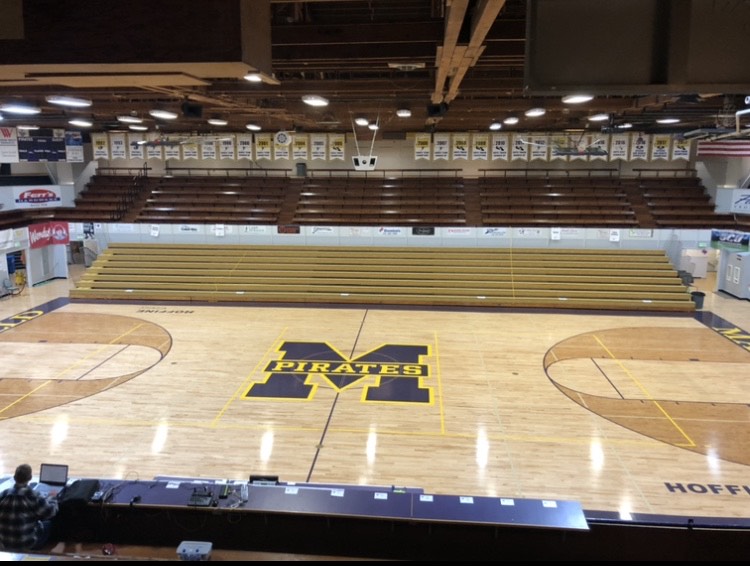 One matchup impacts this game more than the rest: Dom Ball versus Tyler Exline. In the battle of these two bigs, fighting in the paint will go a long way in determining who plays in the state title game. The perimeter players of both teams will play with tons of energy on the defensive end, but it all might be for not if one side is constantly giving up offensive boards and second opportunities. Either team could win this game for a multitude of reasons, but in our eyes the length of Dom Ball vs. the brute strength of Tyler Exline will be the dominant factor. We’ll take Cascade by the slimmest of margins.

Aside from the back court back-and-forth that will take place between Mason Ainsworth and Tomas Veliz, or the battle between the plethora of lengthy forwards Marshfield can put on the floor versus the outright speed of Woodburn, this game has a different significance: These were the two league #2s selected for the elite-8, and one of them is about to enter the state title game. Both teams completed upsets earlier this week, which displays the incredible diversity and parity that exists in 4A boys basketball. Just over a week ago, it was possible, even likely, that one or both of these teams could’ve been left out entirely, and they now stand 32 minutes from the biggest game of their lives. The electricity for this game in the North Bend High School gym should be off the charts. In the end though both could pull it out, we will take by single-digits the team with the luxury of sleeping in their own beds.

If Austin Maurer is out, Cascade Christian could be in a world of hurt. On Monday, Santiam Christian walked into Tigard and beat Westside on their own floor, in large part due to the absence of Jaymeson Ye. Josh Baugher went off, SC was able to pressure Westside differently because their biggest shooting threat was off the floor, and for most of the game, it was a complete rout. Austin Maurer, as a freshman, is the central force that makes the Challenger defense so dominant. If he is absent against SC as he was against Vale, Baugher might be able to replicate some of what he did Monday; some, but not all. Cascade Christian has an incredibly solid roster, especially on the defensive end, and could more than hold their own against the firepower SC will bring down from Benton County. Despite that, Maurer might be the difference. We have no inside information on his status, nor the health of any other CC players; we’re going off the statuses from the Vale game. We’ll take the Challengers to win either way, though the Eagles could pull off this one even with a healthy Maurer on the floor. CC by low single-digits.

This game could be one of two things, which leads to the longest preview of all:

Scenario one is the re-solidification of De La Salle as the 3A kingmaker. For De La Salle, this is the culmination of their potential return to glory after a one-year hiatus from the winners’ bracket. A win against one of the state’s best teams, against the leader in the clubhouse for state POTY and the leading candidate for COTY, would all but dispel any doubts surrounding De La Salle.

Scenario two, with no hyperbole involved, is the potential birth of 3A’s next dynasty. A win in Coos Bay is YC’s next step to taking the mantle as state kingmaker for themselves. For a program that just two seasons ago was getting 100 points dropped on them multiple times in the same month and losing to the lowest of the low in 3A to be in this position now is nothing short of spectacular. YC played De La Salle last year in the playoffs in the round-of-16; they now play in the state semis. That alone is a testimony to the Tigers’ rapid improvement.

This game all comes down to one thing: how do the Tigers handle the DLS pressure? For the better part of a decade, this single measurement has been the determining factor in the rise or fall of dozens of potential champions. For a team that themselves likes to press and play with pace, this problem may be mitigated, but the physicality of DLS persists in the half court, even when their overwhelming speed no longer has a 10-second violation threat helping them force turnovers in bunches. The question for YC in this game is whether they can pass the litmus test for 3A champions. Can the Tigers do what some of the great teams of the last decade haven’t been able to do? Are they ready for it? Moroni and Malachi Seely-Roberts are first team all-state talents, and Moroni would get our vote for POTY right now, but can they do what great players like Zach Spink, Stephen Parmenter, and RJ Veliz could not? Is this the game they seperate from the pack?

We will say yes purely because picking a tie isn’t an option. Be there if you can: no matter what happens, you’ll be watching history.