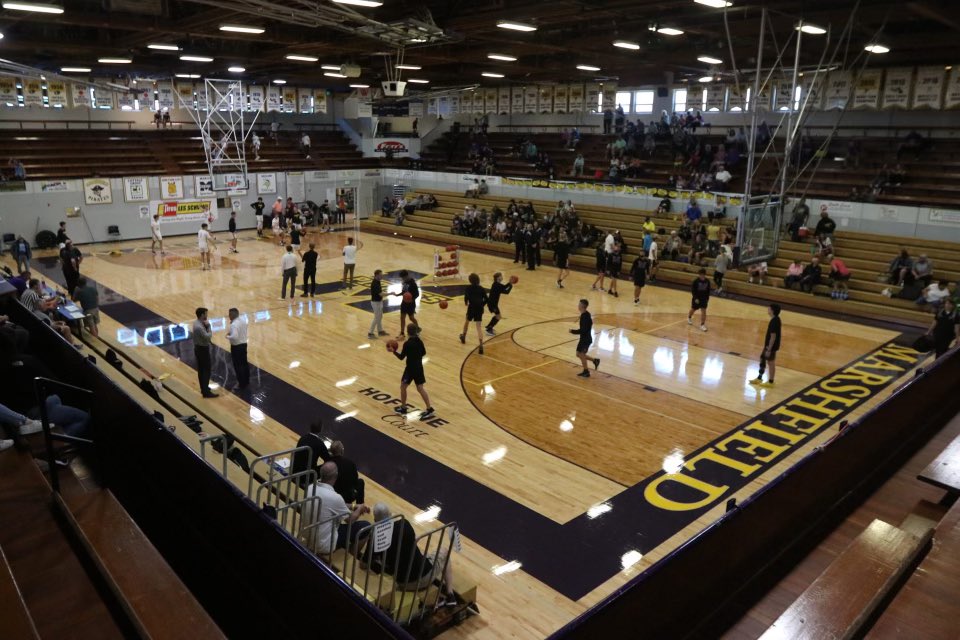 We were focused entirely on the games at Marshfield High School today, so we were too short-handed to cover both gyms.

Valley Catholic threw a lot at Philomath: speed, pressure, quickness, and perimeter shooting. There was one thing they couldn’t do, however, and it cost them in the semis: they could not match the Warriors’ size. The Valiants were out-rebounded, out-physicaled, and out-muscled. The Mustangs of Hidden Valley could match Philomath’s size and dominated at times in the paint. Kaiah Fisher was a one-woman wrecking crew down low, gobbling up every short rebound offensively and corralling every Warrior miss. The Warriors couldn’t front her, couldn’t play behind her, couldn’t have zoned her, and ultimately couldn’t outplay her. The Mustangs battled, clawed, and scrapped their way to the win. Philomath didn’t lose the game; Hidden Valley won it.

This is the last snapshot of a dynasty. The first ever three-peat in 3A girls basketball came and now has gone. Shelby Blodgett, Olivia Sprague, and Katy Sizemore are now history. Sutherlin did all they could and for stretches it looked like they could keep the total number of three-peats in the history 3A girls basketball at zero, but it was all for naught. Despite a cold shooting performance from Sprague in the first half, the Tigers still lead by 10 at the half. The Tiger defense was just too much to overcome for Sutherlin. There is not a whole lot to break down other than to acknowledge what we just witnessed these last three years. It is unlikely we will ever see something like that again in our lifetimes.

In the long line of Coos Bay atmospheres, this ranks near the top. Obviously, having Marshfield playing in their own gym helps, but having teams in close proximity to the final site has always been common (Philomath to Gill Coliseum for years, Banks to Forest Grove), but this was still unique. The game itself, as in most title games, featured the stars taking turns shining. Mason Ainsworth lit up the gym from deep, Carson Molan was the steady hand for Cascade throughout, Dom Ball owned the pain to such a degree it might as well have had his name plastered on it, and Dom Montiel carved up the interior of the Cascade defense like nobody else we had seen this year. The 4th quarter itself was a tug of war between the two biggest stars. Carson Molan slowly but surely led the Cougars back into things, and Mason Ainsworth continuously would put a cap on Cascade runs with seemingly impossible hits from deep 3 point range, often heavily contested. Play this game ten times and the series would be a split, but the Pirates came out on top tonight. Mason Ainsworth and company will be back next year; you can count on it.

We will do a seperate piece on this in the days ahead, but the short of it (keeping with the “cliff-notes” theme): the Tigers have arrived, possibly even ahead of schedule. Yamhill-Carlton tonight did everything they’ve become famous for: press, run the floor, and score in bunches, but it didn’t come easily. Levi Marincus had 16 massively important points for Cascade Christian, mostly coming off 3-pointers. His ability to keep YC honest on defense contributed greatly to the Challengers’ early lead and halftime advantage. The Challengers played incredibly stingy defense throughout the game and made the Seely-Roberts twins work harder than they have had to most of the season. Despite this, they still came back. Despite the early hole, they clawed out of it. Despite the momentum against them, they swam against the tide and didn’t give in. In the end, the Seely-Roberts twins won out. Heather Roberts won out. The PacWest won out. Tonight, a dynasty was officially born. This might be their only title when all is said and done, or it might be the first of many, but seeing the YC boys cheering on the Clatskanie girls earlier in the day brought one thought to the front of my mind: an emerging dynasty rooting on a dying one. The lifecycle of powerhouses was exemplified in the most bold possible terms outside them playing each other on the court. As one dies, another takes its place.

The Yamhill-Carlton Tigers are 3A’s first public school state champion not named Dayton since before the expansion to 6 classifications. Using 2A as a benchmark for years prior to the 2007 reshuffling, Yamhill-Carlton just broke a streak dating back to 2006 Oakland and before that another championship from Oakland in 2000.