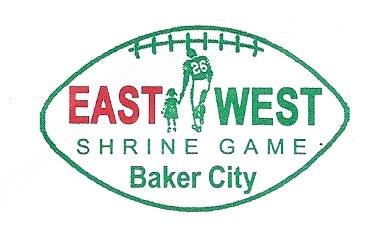 It’s East vs. West, all for the Shriners Hospital. It’s Mazama vs. Marist, Heppner vs. Kennedy, Cascade Christian and Santiam Christian vs. Amity and Rainier. A conglomeration of all the most high profile matchups the last four years culminating in this one charity event. Each year, the Shrine game takes shape as the closing act, the final stanza of the prior year’s stories and character arcs, and it gives closure to the high school careers of dozens of players. This year, the game takes on added significance, not only because of the stories involved, but because of how long it’s taken to get here and just how much there is to say goodbye to.

There is a laundry list of program defining achievements the Shrine game will play final homage to: Mazama’s slow crawl from the swamp to the stars, Amity’s resurrection, Marist’s reemergence on the big stage, Toledo’s turnaround, and countless others.

We talked to Vic Lease, head coach at Mazama and a coach for the East, about what it means to be coaching three of his own players in the event in contrast to his previous coaching stint in the Shrine game in 2017:

“No doubt it’s different. Those three boys are my captains … I’m gonna miss them … I’m gonna miss them. You might have one kid with outstanding leadership qualities, maybe two. But to have three … it’s a game changer. I got quality players, but I have to start over [at Mazama]. When you don’t have to say it, it’s already done and they’re the ones leading it … in this day in age, kids are selfish not selfless. Those kids are selfless.”

Asked about his presence in the Shrine game specifically:

“When I was a kid playing for Dallas high school, only one player from each team got to play, so I was an alternate and never got to play in the game. As the years went by and I was coaching, when we started having success and winning consecutive league championships, I knew I’d get the opportunity to coach, and there was no way I would turn that down. Dealing with the Shriners and what we’re playing for, generating revenue for the hospital, it’s just awesome to be a part of, it’s an honor to help those kids.”

“I knew about the Shrine game growing up, it’s a big honor to play or coach in it. It’s an awesome thing to raise some money for the Shriners hospital, it does a lot for kids. [The game] goes above and beyond football, and just being able to play in the game is icing on the cake”

That’s the background and the important stuff. Let’s get into the nitty gritty: who’s gonna win this thing?

The East is flat-out loaded. Even with the shrunken rosters, this is one hell-of-a-collection of talent. They will be running the Mazama Veer, so there’s no lack of explosion potential here. Tristan Lee will start at QB and be flanked by Marcus Fulbright and Garrett Olson, with any number of highly capable fullbacks standing behind him. If he’s given the chance to put it in the air, all-state studs and Western Oregon signees Cole Brosterhous and Joe Northcutt are fantastic weapons in their own right.

Defensively, they present a front headlined by the likes of Sebastian Peiffer, Josh Davis, and Justin Lang, all coached by Sutherlin’s Josh Gary; a difficult matchup for the West to say the least. Try and throw over the top of Brosterhous and company, sure. Ask Marist how that worked out in their week 6 matchup with Mazama. The defense is incredible.

The West, by way of COVID still the defending Shrine game champions, have some killers themselves. The pair of Amity all-staters Keenan Graham and Josh Wart would be enough length and athleticism to power any high octane high school offense. Then, throw Western Oregon signee Jaxon Rozewski, Luke Patterson, and Brady Traeger and a host of others into the mix, and this offense is just deadly. Even with the roster turnover that’s took place for the West in the last week, they’ll compete. No doubt about it.

Maybe it’s not an “unstoppable force meets immovable object” situation, but it still should be contentious. We’ll pick the East to pull away late, 35-14.