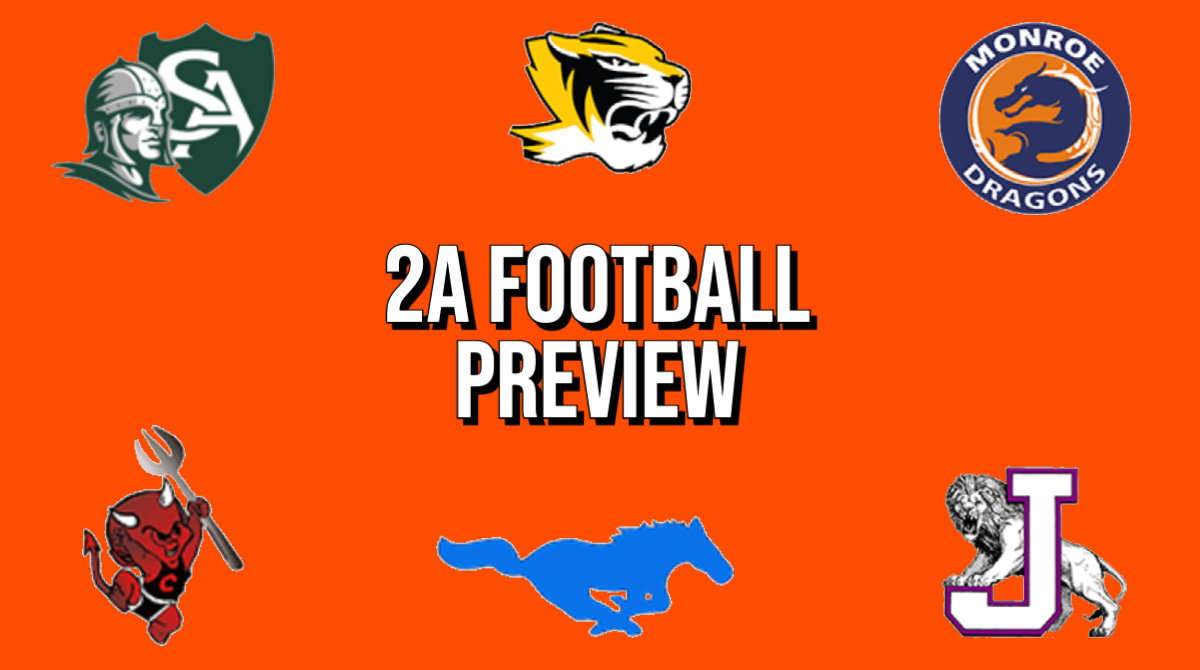 What did you miss most about a ‘normal’ football season? A full playoff? Non-sub-50-degree kickoffs in week two?

For us, it was the crisp sunset of an early September evening giving way to the overhead lights of a freshly-prepared football field. The scenery that goes into, and the product that ultimately comes out of those early season contests where the sun is still high, the rust a-plenty, and the enthusiasm pure.

Anyhow, let’s get into it. In 2A we’re going to do this a little differently, but here’s how we see things:

There’s potential here with former Colton coach Byrnie Robinson and what returns from a squad that went 4-1 in the spring. Keep your eye on the Rams week one at Blanchet and week three against Salem Academy.

This feels like the right moment for the TigerScots to come onto the scene in some capacity. In year three of Kenzie Hansell at the helm, with an upperclassmen heavy roster and a relatively friendly schedule, Weston-McEwen feels like a good bet to be in the playoffs. Will they compete for the league title? Probably not, considering the behemoth that is Heppner, but winning a league title in a multi-automatic bid playoff system doesn’t particularly matter in the grand scheme of things. This could be a fun team to watch.

Lowell? Lowell. Yes, they went 2-4 in the spring; no, you shouldn’t care about that. The Devils were a play here, a possession there, from taking down multiple top-10 teams in the spring, and they bring back most of the core that did it. Lowell is a well-established program, even if they haven’t yet made headlines in the 2A world. Can they compete for the league crown? It’s definitely possible with what they have coming back, and a playoff berth should be anticipated here. We’ll learn a lot in week three when they play Oakland.

The Lions are undoubtedly a boom candidate. They bring back essentially their entire core from the spring that, though lacking something that could be labeled a “marquee win,” showed promise. Jefferson is no doormat any longer, so retaining such a large portion of their roster is that much more valuable. Week three at Toledo should give us a pretty good look into just what Jefferson is. If you’re looking for a team that might end up the #12 seed simply due to how the rankings are structured, but takes down the #5 seed on the road in the first round of the playoffs come November, Jefferson is a very attractive candidate.

This spring was a turbulent one for the usually rock-solid Knappa Loggers. Yes Devin Hoover is gone, but the collective of what remains should be enough to keep Knappa right in the thick of things. The loggers were relatively young in the spring, and it showed against teams like Yamhill-Carlton and Gaston, who boasted simply larger and more experienced rosters. This fall, Knappa should compete for the league title in the northwest corner. It’ll be an uphill road, but we believe in them. You can never truly kick Knappa to the wayside in any sport.

We’ll admit to possibly undervaluing Salem Academy at the offset here, and they’ll quickly move up the ranks if they show results in the early going. We just want to wait and see what the Crusaders look like in their third year with Jed Leeper. They should be a playoff team regardless, hence why we have them at #7, but there are concerns about just how much SA had to replace over the summer. Folks around the Tri-River conference openly called SA the “pivot point” of the league title chase. The Crusaders could be contenders, they could be the favorite in a deep TRC, but there are some who have reservations about whether what they did in the spring can be replicated. If it can, you’re looking at a legit contender. Watch carefully how their week two matchup against Gaston develops. Even their Jamboree against Rainier, Dayton, and Blanchet this Friday could provide some insights.

There’s going to be pushback on this pick, both by people who think the Dragons should be higher and those who think we’re too high on them. The crux of it is this: they’re Monroe. Did they lose a lot? Yes. But this isn’t a volatile, unestablished program losing a lot. This is Monroe. Programs like Heppner, Santiam Christian, Cascade Christian, Banks, and Monroe always are able to retool, restructure, and keep moving forward. Brody Ballard is a real player, and he’s got some really solid teammates around him. Keep the faith. Monroe will be fine.

We’re really, really high on Gaston. Jaden Dolan looks at times like a 2A Kenney Tripp, and the offensive front that opened up holes for him to slice apart some of 2A’s best defenses this spring returns largely intact. Gaston has the potential to be a very real championship contender if they stay healthy. Gary Hedin has built what could be a monster here, and we’re going to pick them to make some very, very serious noise. If they beat Kennedy and Salem Academy in the first two weeks, by whatever margin, don’t be surprised if the Greyhounds crack the top 2.

We’re high on all three of these teams to varying degrees, but none of the teams are special enough to be considered separately from this group. Bandon feels like a team waiting for its moment to burst back onto the scene as a contender rather than a periphery playoff team, Coquille seems more than primed to replace what they lost and then some with a full summer to knock off the rust, and Kennedy is Kennedy. Dart thrower Riley Cantu and teammates Luke Beyer and Brett Boen should be plenty to keep the Trojan air attack running smoothly, which should keep Kennedy squarely in the hunt. As long as Coquille has Gunner Yates, you have to give them a chance, and Bandon still has the bulk of the roster that brought them a 4-1 spring record. We’ll play it safe and bulk them all together, but we acknowledge this is likely a one-week-only situation. There’s at least one contender in this bunch.

We might be justified in clumping them with the teams ranked below them, simply because losing players like Jayden Wilson, Jackson Lehman, and Blake Wolters is bound to manifest itself in some capacity, but never underestimate Greg Grant. There’s still a lot of talent on this roster, and it’s been proven beyond any kind of reasonable doubt that General Grant qualifies as one of the state’s all-time best coaches. Pair any kind of talent with great coaching, and that team has a chance against anybody. Pair really good talent like Brock Hisler and Kason Cimmiyotti with a legend, and you’re a contender year-in and year-out. Make us pick someone to win it all in 2A right now, and we’ll take Heppner to de facto three-peat.