What a way to wrap up this 3A Coos Bay weekend. Not to be outdone by Cascade Christian and De La Salle in the boys title game, the Nyssa and Burns girls put on a show for their fans tonight, and their fans returned the favor. While the Burns student section was filled with enthusiastic supporters from inside and from outside their school, the Nyssa Bulldog faithful were far and away the class of the tournament, and their raucous cheering was rewarded with a state title they will never forget.

Though neither team was particularly efficient shooting the ball, this game was not short on offensive highlights. Whether it was blistering fast breaks or dagger three-pointers, both teams showed why they made it this far. Nevertheless, Nyssa won this game with stingy defense and gritty offensive rebounding, and they were led in both these areas by Gracie Johnson.

Johnson cemented herself as a premier talent in 3A girls basketball with a calm, yet unrelenting performance on both sides of the ball. She finished with 12 points, 14 rebounds, and 4 blocks, leading her team in each of those categories. If there was a rebound in her area, it was safe to assume she would come down with it, and she stifled any Hilander forays into the paint. The scary part for the rest of 3A girls basketball is that she is only a junior this year, and her performance in this tournament shows she is only just getting started.

Laney Hartley, Brooklyn Johns, and Clarita Arizmendi all played their part in shutting down the Hilander perimeter game, and Malerie Long was a strong presence on the interior. This was a total team performance by the Bulldogs, who were one of the most well-rounded teams in the tournament. 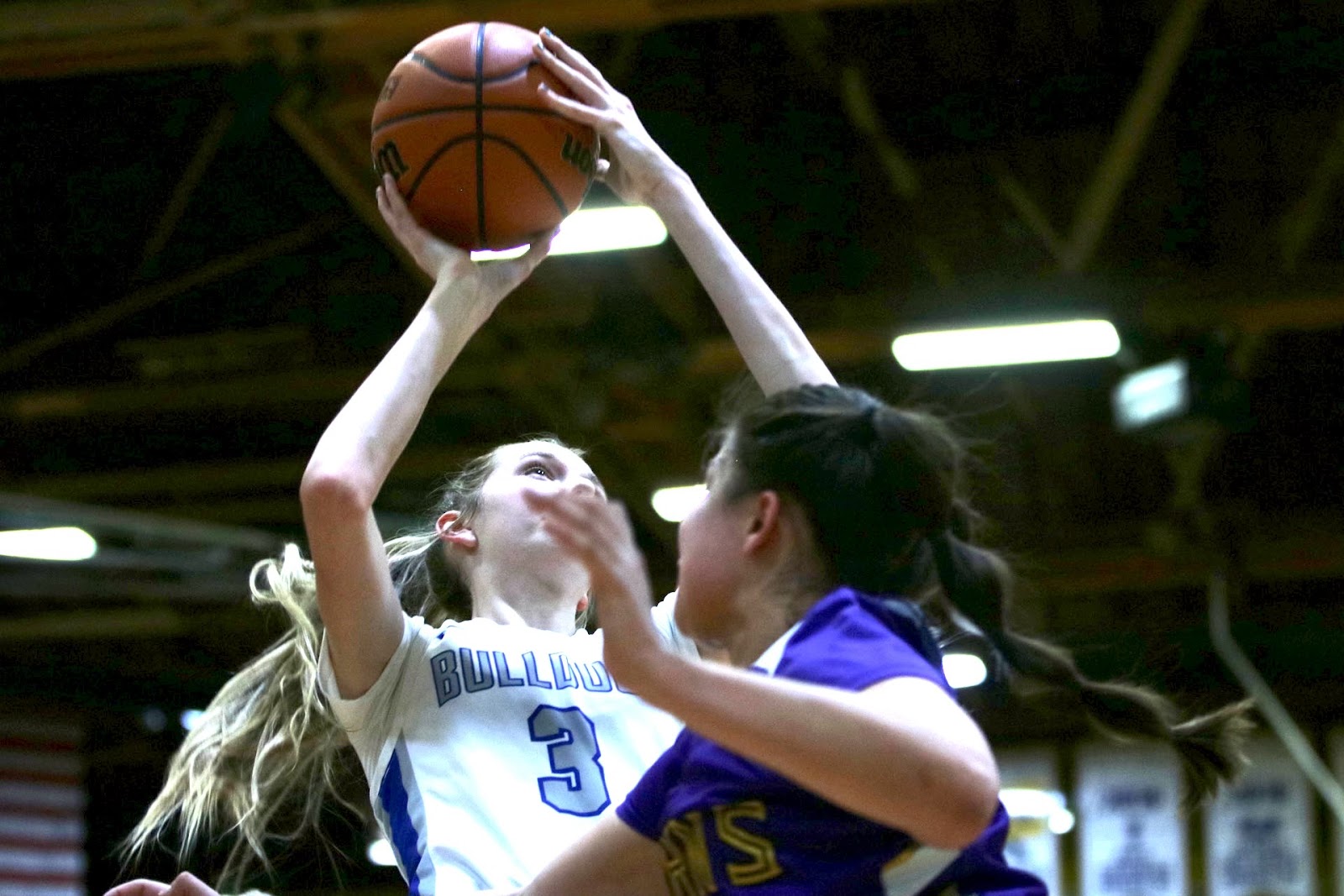 The Burns girls should be proud of their efforts tonight. They were never in complete control of this game, but they did get the better of the Bulldogs in the first quarter, and the game was not out of reach for them until late in the fourth quarter. Kaya Dobson seemed always to be in the thick of the action, and she led the Hilanders with 12 points. She also recorded 2 assists, a steal, and a block which had the Pirate Palace roaring. While Dobson, Amanda Sanders, Olivia Winn, and Katelyn Wright will not be returning, Akylah Kaino is well-suited to leading this team forward for the next three years.

This game was the nightcap this tournament deserved. While we are sad to see 3A basketball leave us until December, we would not have wanted it to end any other way. We will see you this winter.

Like Loading…
← Third Time’s the Charm: Challengers Finally Get Over the Hump, Win First Title Since 2009
→ Coos Bay Cliff Notes: Day One