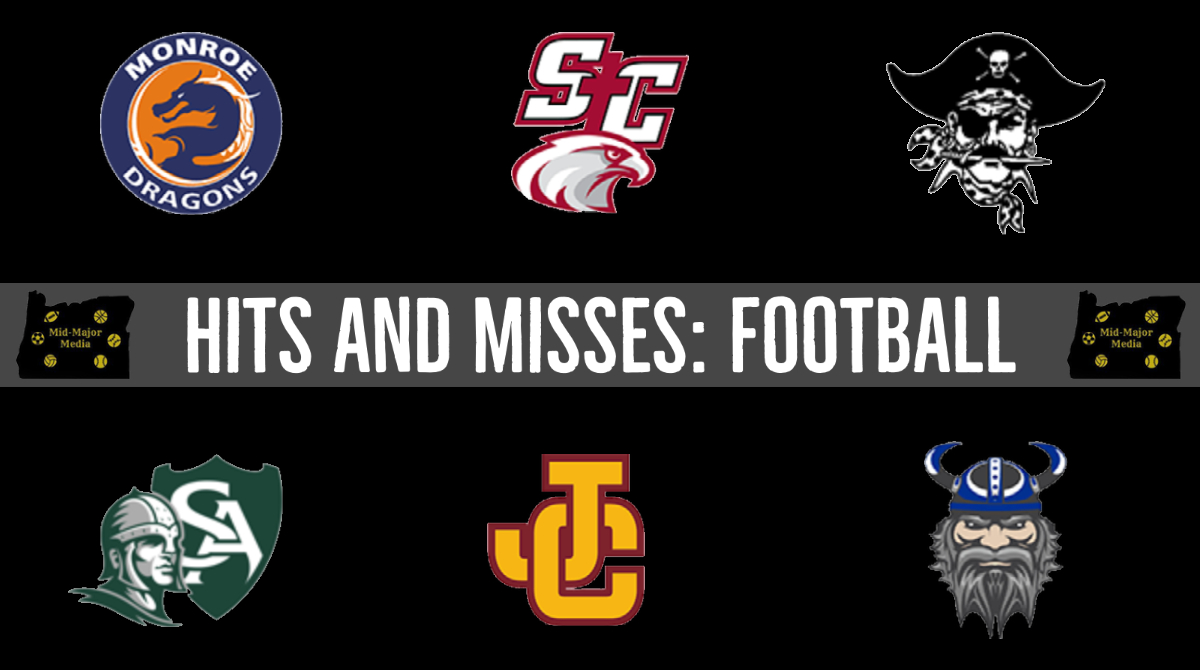 Our process for projecting how things will shake out in various sports is complex and varies by season and year, and it is ultimately scrutinized internally and refined to produce better results next time around. This process churns out, on balance, more accurate predictions than faulty ones. Usually, we keep this hand wringing in-house, but in the spirit of transparency and content generation, we want to bring it to the forefront. Here, we will be highlighting our hits and acknowledging our, at times, egregious whiffs:

This is what we said in our preview:

“Similar to Estacada, we know Mazama can beat the good teams, but can they beat the great ones? If the answer is yes, and the Vikings see themselves as serious contenders (as a top-five team should be), it’s time to show it.”

We had them at #8 in our preseason top-10, which is the territory usually reserved for talented teams with questions or upstart teams with high ceilings. We stuck to our guns early, picking them to lose to Henley week one and not reacting quickly enough to what we were seeing on film. The process of triangulation, estimating one team’s worth and comparing it to their opponents, didn’t produce early on the proper image of Mazama. It took beating Thurston for the Vikings to finally prove that it wasn’t us overestimating their opponents, but missing just how good they truly were. It was a big, big miss on our part.

What we said held true: Whoever won the Marist v. Marshfield matchup would be in the driver’s seat for the state title. Both teams were guaranteed, at least until Mazama scheduled Thurston, to have the most high-profile win of anyone in 4A, and withholding any phantom losses to someone like Elmira, both could walk out of week 4 undefeated. That alone would be enough to put a Sky-Em team in the final, if there were to be one there.

“It makes the math quite easy: beating all five of their opponents by any margin, nonetheless by blowout, puts Marist above all others. They will have proved themselves beyond any doubt. To us, they’re the preeminent favorite to win any kind of state title honor in whatever form that may come.

The Sky-Em has one other giant, though: Marshfield. Though a running of the table by the Pirates wouldn’t bring with it an untouchable claim to the state championship, they’d have one heck of an argument…

…The talent coming back to Marshfield, headlined by QB Dom Montiel, is more than enough to put them well inside the preseason top-five. The matchup between Marshfield and Marist week five will go a long, long way in determining the bigger picture in 4A football.”

How badly did we miss on the Tigers? We didn’t even mention them in our preview. In our preseason standings projection for SD2N, we had JC picked 6th out of 7 teams. Behind Harrisburg, behind Sisters. We didn’t know a lot about JC, and couldn’t get much information from those we knew in the league. We didn’t wait on the Tigers as long as we did on Mazama, but we nonetheless missed big-league on the single-wing reclamation project in red.

This is a cop-out answer, but it is what it is. They were not a hidden gem, but their success is still worth noting. Here’s what we said:

“The Eagles would’ve been favorites had there been a season this fall, and they’re the odds-on favorite still. There won’t be an official crowning of a champion, but if SC is as dominant as most think they could be, there won’t be much question about who is the best team in the state. Joe MaQatish, Marcus Fullbright, Heston Bain … it’s a who’s who of 3A superstars”

Obviously, Cascade Christian spoiled the Eagles’ chances at an undefeated season, but there still weren’t a whole lot of surprises in 3A at the top end.

Did anyone have SA in their preseason top-10? Anyone? Anyone at all? We sure didn’t. We didn’t even mention them in our 2A preview, and lordy did we miss big on the Crusaders. The last look we had on them in 2019 wasn’t encouraging, but it shouldn’t have held so much weight as to skew our perception of them past week one. We didn’t adjust quickly enough to just how good SA truly was.

Monroe cynics were all over the place in preseason. There was a massive selloff of Dragon stock, and we didn’t understand it:

“We hear the choir soon to sing, ‘But Zach Young graduated,’ already doing vocal warmups, but we don’t care. Yes, Zach Young was a once-in-a-generation player for a 2A-sized school. Yes, his departure will for sure have an impact on the Dragon program. Yes, we are aware of this. But, as in any team sport, one individual, no matter how talented, doesn’t make up the whole. Monroe, outside Zach Young and three other seniors, was an incredibly, incredibly young squad in 2019. Monroe beat the brakes off some very high quality teams in 2019 despite their general youth, and that could pay off in a big way this spring and next fall.”

An argument could be made for Monroe to be dubbed the second-best, or even the best, team in the state, so we have a big W with this pick.

All-in-all, it was not a bad year football wise, considering the circumstances. By the end of the season, we were picking winners correctly at an 80% rate and picking the margins correctly, within +/- 10 points, at a 71% rate.